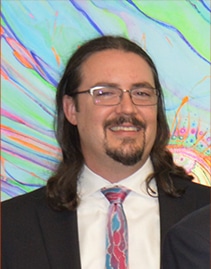 Brian A. Ford is a solo-practicing criminal defense trial attorney, who has worked his entire legal career in the company of other radical attorneys at Pier 5 Law Offices. He presently works on criminal matters in both California and Federal jurisdictions, and is experienced in cases ranging from misdemeanor DUI charges, to narcotics cases, to special circumstances murder.

Ford is a litigant with a record of success. His legal experience includes a number of trials in serious murder cases, some involving gang enhancements or other special circumstances, and mental defense issues. He has also worked on appeals and writs, and has one published appellate decision to his name.

Ford has been a traveler, an activist, and an academic throughout his life. As an academic, he has been a decorated debater at State and National levels, published research and arguments against the international system of drug prohibition and criminalization, 2 and is an awarded scholar of international law at Golden Gate University School of Law. He has further performed research and writing on a variety
of criminal justice matters, 3 international relations, human rights, and drug policy. As an activist, Ford has been active in workers’ rights campaigns, human rights campaigns, economic rights campaigns, and resistance to the illegitimate and unconstitutional 45th President of the United States.