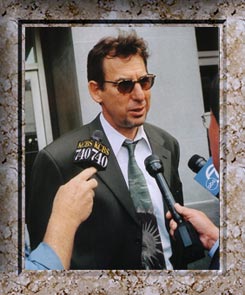 A Graduate of New College of California School of Law, Randolph Daar has been practicing law for over 40 years. His practice is 70% criminal defense, and 30% civil rights litigation, focusing on police misconduct and abuse of authority. 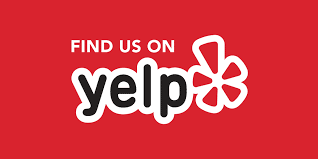 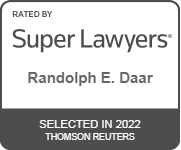 Criminal Defense: Mr. Daar has represented criminal defendants in state and federal court throughout the United States.  He’s handled cases from the most serious (death penalty) all the way through minor possession cases.  He has litigated federal drug trafficking cases in California, Oregon, Washington, Arizona, South Dakota, Montana, Texas, Florida, New York, Georgia, Illinois, and Louisiana.  He’s obtained acquittals in some of the most difficult cases, including a death penalty case in Florida. He has handled the largest marijuana distribution case in United States history (800,000 pounds of Marijuana; not guilty 2 out of 3 counts).  He’s handled cases involving both state and federal wire taps, has dealt with a variety of fraud, assault, and drug distribution charges.  His criminal practice includes successful jury trials, as well as successful motions to suppress, and/or dismiss, and negotiated dispositions.

Since becoming a lawyer in 1979, he has successfully represented well over 1,000 satisfied clients.  He is a unique combination of an aggressive litigator and an expert negotiator.  He prides himself on honest communication with clients and accessibility both to him and to a full understanding of the law and all legal strategies employed on behalf of the client.

In criminal matters, his initial consultation is free; during which time the potential client will receive Mr. Daar’s full attention and be given an accurate perspective of the possibilities facing the client in that case.

Civil Rights Litigation: Mr. Daar has been engaged in an active civil rights practice for the last 30 years.  He has represented victims of police abuse including wrongful death cases, wrongful imprisonment, excessive force, and illegal searches.  He has sued police departments, sheriff departments, California Department of Corrections, the D.E.A., the U.S. Bureau of Prisons, and United States Customs.  He has been successful in obtaining millions of dollars in settlements and verdicts for victims of police abuse.  On behalf of chemical companies, he is twice successfully sued the D.E.A. for interference in their business.  He was part of the largest wrongful imprisonment settlement in the history of San Francisco (See Goff v. City and County of San Francisco).

Videos with or about Randolph E. Daar