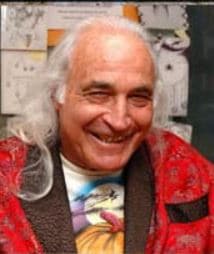 Has practiced criminal defense for over forty years, specializing in jury trials.

Tony Serra has spent his life defending society’s outcasts. He began his practice in the 1960’s, an era he calls the golden age of law. Perceiving himself in the role of a warrior, Mr. Serra has continued to battle for more freedom for more people through law. His role in the Chol Soo Lee case was depicted in the film True Believer. Tony Serra has always known how to express the poetry of the law, while fighting in the ditches and dark alleys of legal practice. He has gained national prominence for his closing argument techniques.

Over the past 30 years Mr. Serra has spoken to hundreds of professional organizations on various legal issues in multiple forums in 14 different states.

Books by or About Tony

Drug Policy Foundation Achievement in the Field of Law, 1992

McFetridge-American Inn of Court Co-Awardee, “2003 Trial Lawyer of the Year”

Board of Supervisors City & County of San Francisco Lawyer of the Year, 2005

“Lust for Justice,” by Paulette Frankl

On May 12 2010, after two days of deliberation, the jury returned a  verdict of “Voluntary Manslaughter” in the case of People v. Dylan Bayly.

“Really, the jury thought and deliberated and listened and put so much of their concentration and focus into this case, we’re eternally grateful for that,” said attorney Sara Zalkin, of the Pier 5 Law Offices, who defended the case along with attorney J. Tony Serra.